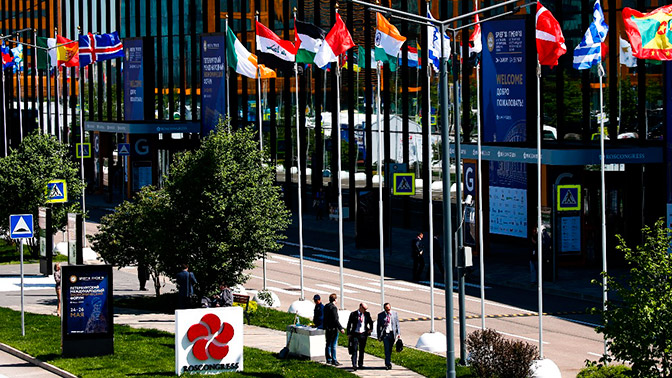 SPIEF is a unique event in the world of economics and business, which has been held since 1997, and since 2006 has been held under the patronage and with the participation of the President of the Russian Federation.

“This year the SPIEF was held under the slogan“ Building an Economy of Trust ”. SPIEF is a leading global platform for communication between business community representatives and discussion of key economic issues, as well as a unique opportunity for the exchange of experience and opinions between representatives of leading Russian and foreign companies, state-owned enterprises, and the media, ”says Svetlana Kiselchuk, CEO of UCMS Group Russia.
I would also like to note that at the forum, 1C has entered into a number of important cooperation agreements, which will help expand opportunities for UCMS Group Russia as well. ”

More than 150 business events were held at the forum sites as part of the main program. The events were held within four thematic blocks: “Technologies for Leadership”, “Russia: Using the Growth Potential”, “Human Capital in the Digital Economy” and “The Global Economy in an Era of Changes”.

The central event of the forum was a plenary session with the participation of Russian President Vladimir Putin.
In total, the forum was attended by over 17 thousand people, including the heads of major international companies, European banks, as well as the management staff of various countries.